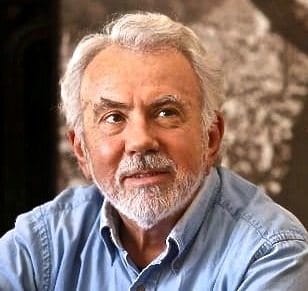 Photo courtesy of the Press Democrat

Dr. Charles O. Prickett is an attorney and a civil rights activist. He participated in the 1963 March on Washington, the 1964 Mississippi Freedom Summer, and the 1965 Selma to Montgomery March.

He often relates his experiences in schools, college classes, civic groups, and other public events. He attended the March on Washington, where Dr. King made his famous “I Have A Dream” speech before hundreds of thousands on the Capital Mall. He also personally met Dr. King while working on the Selma to Montgomery March. His personal experiences in the civil rights struggle, including the Mississippi Freedom Summer, are riveting and illustrate the difficult and dangerous ongoing struggle for civil rights in our country.

Charles began his activities toward world peace and justice while in high school doing surveys of area businesses to determine if racial discrimination was occurring in his hometown, Carbondale, Illinois. In college he became a member of the local chapter of the Student Nonviolent Coordinating Committee (SNCC) and began picketing local business that refused to serve or hire people of color.

Modeling His Work on Gandhi’s Philosophy of Nonviolence

His work in the civil rights movement was modeled after the philosophy of Gandhi, that of nonviolent resistance to racism and discrimination. He was drafted and was classified as a non-combatant conscientious objector.

He served his alternative service working at the University of Chicago Hospitals and Clinics.  Charles was honored to be included on the Sebastopol Living Peace Wall in 2016.

His book contains nearly 80 pictures, mostly from a movie he helped make with Richard Beymer in 1964, “A Regular Bouquet” (YouTube). This movie contains the only film record of Freedom Schools and voter registration efforts from the Freedom Summer. PBS in their series “Eyes On the Prize”, and “Freedom Summer” have used these images.

He is currently an attorney in Santa Rosa, California, and has been a pro tem judge in small claims and traffic court in California for over thirty years, and has served as a mediator for the Sonoma County Superior Court.

A Brief History: From Student to Educator, Motorcycle Mechanic to Judge 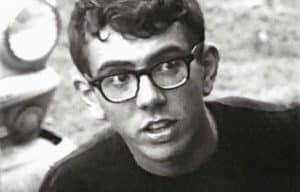 After high school graduation in 1962, I began my college career at Southern Illinois University. I was a typical college student, attending classes and joining campus organizations, one of which was the Student Nonviolent Coordinating Committee, SNCC. I went to the March On Washington in 1963, the Mississippi Freedom Summer of 1964, and the Selma-Montgomery March of 1965.

During the summer of 1964, Richard Beymer was on my Mississippi Freedom Summer project in Madison County, Mississippi. He took thousands of feet of film of our Freedom Schools and our voter registration efforts. He made a movie, “A Regular Bouquet”, which I show several times each year to U.S. History classes, civic groups, and almost anyone else who wants to see it.

Odd Jobs, College and a Pardon from the Governor

Between working in the civil rights movement and finishing college and further education, I worked a variety of jobs, including carpentry, house painting, foreman of a powder-grinding factory, delivering food, and cutting glass and driving a large truck loaded with plate glass. I also had run-ins with the law, which resulted in arrests in Chicago and Southern Illinois. I spent ninety days in the Williamson County jail, and eventually received a pardon for my sins from Daniel Walker, Governor of Illinois. This pardon cleared the way for me to eventually become a lawyer and Pro Tem Judge of California Superior Court.

I finished a B.A. in philosophy at the University of Illinois and an M.A. in education. My first job after graduation was as a motorcycle mechanic at University Triumph in Urbana, Illinois. Then, I obtained a graduate assistantship with the College of Education, working with Max Beberman, the “father of new math”. In 1971, I went to England for a year and taught in the Gay Elms Infants School in Withywood, Bristol.

I worked at a start-up private school in Pennsylvania on my return, but the school went broke, so I found work as a welding inspector making railroad cars for Pullman-Standard in Butler, PA. Later that year, I was accepted to graduate school at Syracuse University.

While at Syracuse, I finished the coursework for a Ph.D., and got accepted to law school. The dissertation was not completed, but I received a law degree in 1979, and moved to California.

Becoming a Professor and a Private Practice Attorney

In California, I worked at Sonoma State University and took the bar exam. I started my own private practice from my kitchen table. The law practice flourished with cases from many areas, including criminal law, personal injury, construction defects, and much more. I had offices in Oakland, Palo Alto, San Marcos, Hayward, and Santa Rosa, California.

In 1995, I moved to Tucson, Arizona, at the University of Arizona. At Arizona, I was awarded a Ph.D. in education, while teaching undergraduate and graduate courses in law and education. One of the main reasons for finally finishing the Ph.D. was to address recidivism. As a criminal defense attorney, I often saw the same clients over and over again. The common factor was a lack of education, and a poor grasp of the basic skills of reading, writing, and arithmetic.

I moved to San Marcos, California, where I worked for Cal State San Marcos. I administered a program aimed at educating underperforming Latino children in middle and high schools. This experience addressed many minority students who lacked those basic skills. The program was successful in teaching those skills, and instilling a desire to go to college.

I then was employed at Santa Rosa Junior College as their District Compliance Officer. I received and investigated complaints of harassment and discrimination from students and staff, initiated instruction and workshops aimed at preventing sexual harassment on campus, and provided the ADA accommodations for faculty and staff.

While serving as a civil rights worker in Mississippi, Richard Beymer and Charles made a movie, “A Regular Bouquet.”

To view an excerpt of the movie featuring Fannie Lou Hamer (one minute in length), click the video player below.

In 2019, Dr. Prickett received the Carter G. Woodson Memorial Award for his work as a civil rights activist in the 1960s. The video below shows the full length presentation of the award ceremony.

In 2019, the California State Assembly issued a resolution honoring Dr. Prickett for his work and leadership in the civil rights movement. For the text of the document, click on the image.